Last week, we would have enjoyed a spring adventure in Chicago. Since we couldn’t be there in person, we’ve put together this “virtual tour” so you can enjoy the Windy City from home!

We miss you and can’t wait to be on the road again together. In the meantime, we hope this kind of virtual content can help us all stay connected Beyond the Bus!

ON THE ROAD FROM HOME: CHICAGO!
Did you know that the Windy City is not Chicago’s only affectionate nickname? It is also called Chi-town, the Magnificent Second City and the City in a Garden. But how did it get all these monikers?
Chi-town is a term of endearment believed to be created – and used by – locals. New Yorkers claim the Second City nickname comes from Chicago being a second-rate city, but that’s just a friendly rivalry. In reality, the name is thought to come from the ashes of the Great Chicago Fire, when the first Chicago burned almost completely.
The Windy City is probably Chicago’s most famous nickname. There are many rumors to how this nickname came to be, but none of the claims seem to originate in the city itself. It is believed that there are a few possible origins to explain the windy nickname. Obviously, one is the weather, as Chicago is near Lake Michigan, but the funniest might be that when the city was first started, Chicago politicians were accused of being windy and full of hot air!
City in A Garden is the city’s motto that speaks to the expansive network of public parks and green spaces.
Each of these nicknames give a little insight into Chicago. Now that we’ve been properly introduced, hold onto your hats as we take a virtual tour! 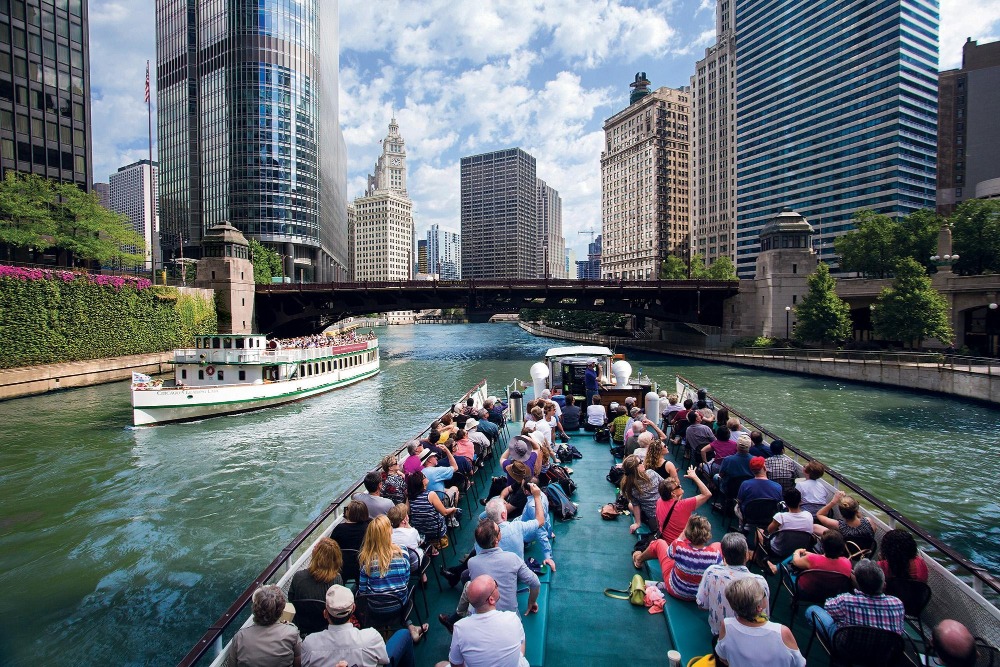 HELLO CHICAGO!
Our very first look at the city would have been a guided tour, so we've switched gears to bring you this narrated tour from the travel company Expedia. To watch this video guide of Chicago in all its glory, CLICK HERE. 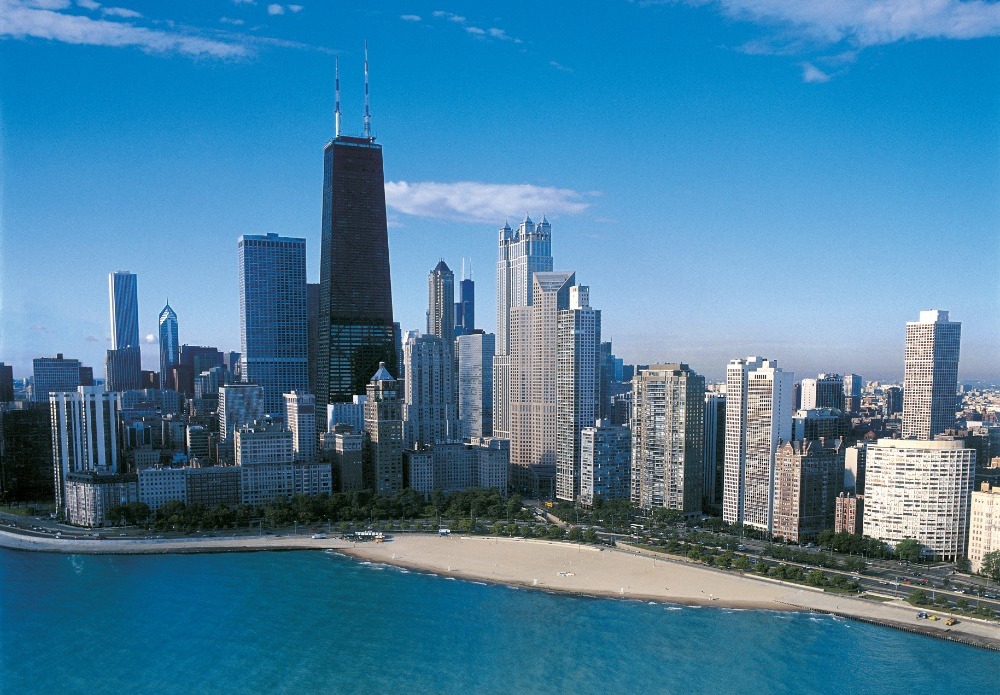 SKY HIGH
Chicago is known for its striking architecture and soaring skyline set against Lake Michigan, with the soaring Willis Tower as the centerpiece. During our trip, we were scheduled to go to top of what was known as the Sears Tower, which was the tallest building in the world when it was built.
We would have visited the tower’s observation deck, 1,000 feet above the city, with views for miles.Through the magic of technology and an aerial camera, join us to see the city like never before on a virtual, aerial tour of the city!
To feel like you're on the observation deck and go sky high, CLICK HERE. (You may see an ad before this video, which you can skip after a few seconds).

PIZZA!
On what would have been day 4 of our trip to Chicago, we were scheduled to have a group dinner at Giordano’s, a Chicago landmark restaurant famous for their award-winning, deep dish pizza. For a quick tutorial that shows their mouth-watering recipe, CLICK HERE.

THE HOME OF AL CAPONE
During our stay, we were excited for our first ever visit to Tommy Gun’s Garage, a dinner show that packs the music of the roaring 20’s together with Chicago-style, mobster fun. After all, Chicago was the home of Al Capone! Get a glimpse into the city’s mafia history with this video from the Smithsonian Channel. To watch, CLICK HERE.

ART BROUGHT TO LIFE
One of the highlights of our trip would have been a guided tour of the main galleries at the Chicago Art Institute. The Art Institute of Chicago is known for their astounding collection, which includes some of the most famous paintings on the planet. 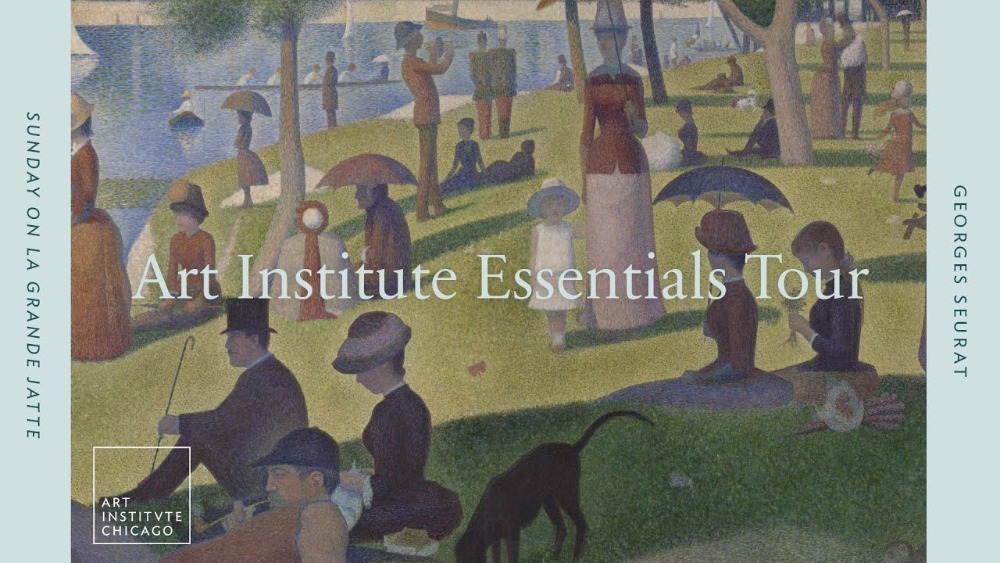 Since more than 40,000 of the Institute’s works have been digitized in high-resolution, you can zoom in to see each tiny dot in a A Sunday on La Grande Jatte or admire the brushstrokes in Monet’s Water Lilies. 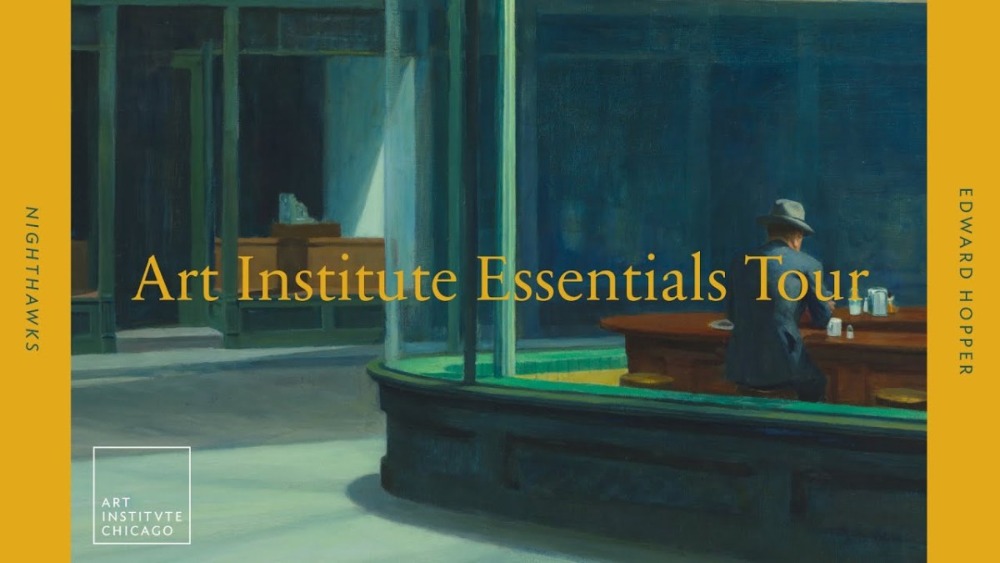 To feel like you're walking through the galleries on a virtual tour, CLICK HERE,
To explore the museum's essential works on your own, CLICK HERE.
For a docent led discussion on Seurat's celebrated painting that inspired Sunday In The Park With George, CLICK HERE.
To join an expert, narrated look at Edward Hopper's Nighthawks, regarded as one of the most American paintings, CLICK HERE.

THE SOUND OF THE CITY
We’ll finish our virtual tour with an inspiring performance by the Chicago Symphony Orchestra, presenting a captivating version of Pines of Rome. The orchestra performed this song at this time last year at Orchestra Hall. To watch the performance, CLICK HERE.
THANK YOU CHI-TOWN!
Thank you for joining our virtual visit to Chicago! We hope to travel to the Windy City with you during an in person visit soon. Until then, we hope this virtual preview gets you excited about traveling again as soon as the time is right. There is so much to look forward to!
To get all our latest news, virtual tours and invitations to our online events, stay connected with us Beyond The Bus!
Of course, watch our website and follow us on Facebook for real time updates. And to share the love, please invite your friends to join as well! Just forward them one of our emails or send them the link to sign up!
Take care and we'll see you soon Beyond The Bus!
Back to Beyond the Bus

To be fair to all guests, motorcoach seating locations are assigned in order of payment received.